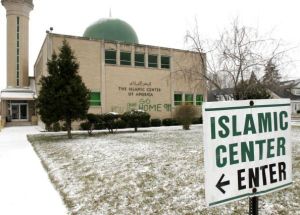 Qoran were burned and smeared feces occurred in Michigan Islamic Center. A burned Quran was left at the front door of the Islamic Center of East Lansing on Saturday, police said.

East Lansing police said they are investigating who committed the act of vandalism on Islam’s holy text in front of the center on South Harrison Road. But the Michigan chapter of the Council on American-Islamic Relations has said they want the FBI to also launch a hate crime investigation.

“The perpetrators of this unconscionable act of religious intimidation must be apprehended and prosecuted to the full extent of state and federal law,” said CAIR-MI Executive Director Dawud Walid.

Walid also said pages had been torn out of the Quran and that some appeared to have been smeared with feces.